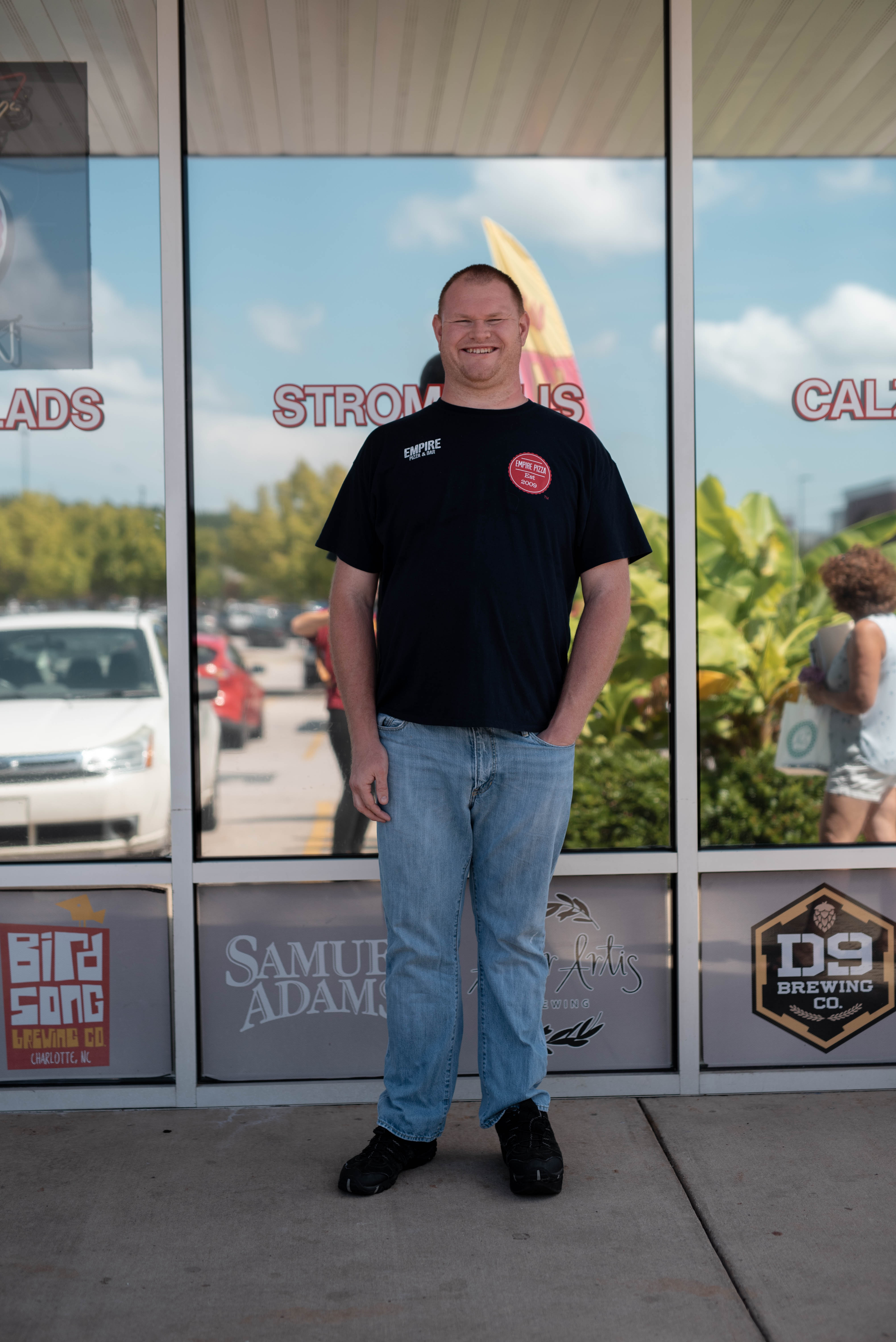 Josh currently lives in Rock Hill but attended school and graduated from Clover High School. When young, Josh wanted to be a pro wrestler and participated on the Clover High Wrestling and Football teams. Josh loves sports is an accomplished Special Olympics athlete having competed in five (5) National and two (2) World Special Olympics games in soccer and powerlifting. These experiences have allowed him to travel the United States and world. Josh works at Maxabilities where he scans documents and records. He worked for 10 years as a Certified Lifeguard for the YMCA. When COVID closed things down, he decided to work at Empire Pizza, one of his favorite places. He enjoys meeting new people and learning new skills. His supervisor describes him as helpful and stated he has a positive attitude that makes him loved by customers and staff alike.